The Dominican Republic is one of the most popular destinations in the Caribbean.

Every week thousands of tourists from all around the world come to this wonderful country to enjoy a week or two of all-inclusive relax on the white sandy beaches.

The most common thing for travelers is to purchase a vacation package that includes round-trip flight and hotel, but what about all those people that love to travel at their own pace and that are not really into all-inclusive resorts?

Unfortunately it’s not easy to find updated information about the Dominican Republic, so here’s a little cheat-sheet for independent travellers.

Also known as Casa de Campo airport, this small but very active air base is located on the southeastern coast of the country and it serves the large area del Este (of the East, as it is called by the locals).

The airport as we see it today opened in December 2000 and replaced the former airport which used to be an exclusive terminal for private flights. Back in the days, there used to be a daily connection with Miami and a few more occasional American Eagle flights. These were the only non-private instances.

Today La Romana International still offers an exclusive terminal for private aircrafts, but it also receives flights from Europe as well as from the United States and Canada.

One of the major perks of this airport is the direct connection with the Casa de Campo luxury resort, where the rich and famous come to spend their holidays. The airport and the resort are literally 5 minutes apart and they are connected by a straight road.

Today, you can fly into La Romana International from a number of cities across the US, South America and Europe. 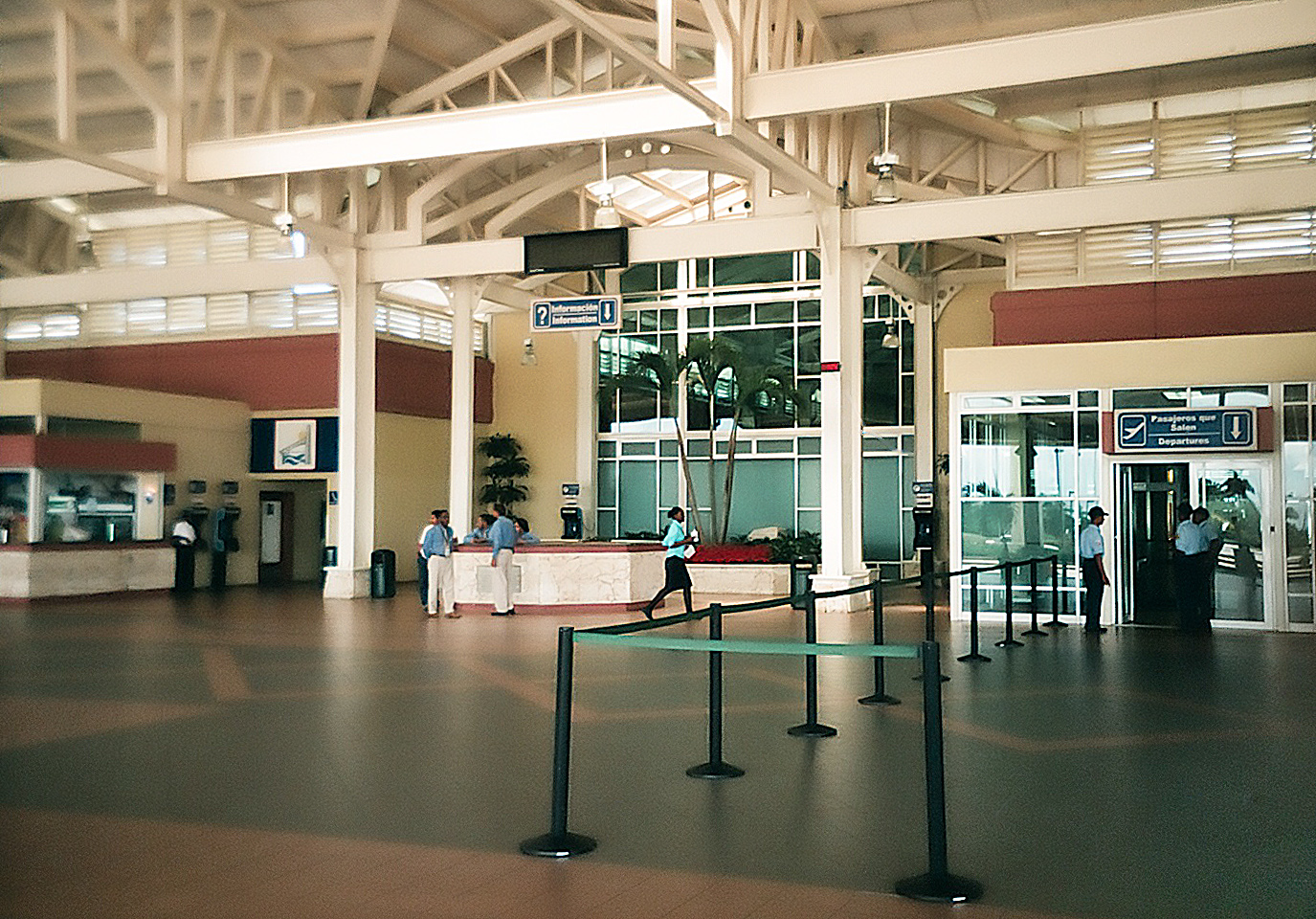 Flying into La Romana International is the best choice for tourists that are planning on spending their vacation in the Bayahibe area to visit the charming fishing village and the surrounding National Park of the East, including the gorgeous Saona Island.

La Romana International Airport is about 20 minutes away from Bayahibe and Dominicus. You will find a number of taxis outside the airport. The fare is usually around US$ 50 per taxi (one way) and we suggest you agree on the price before leaving the airport in order to avoid unpleasant misunderstandings.

Las Americas International Airport (SDQ) is located between the city of Santo Domingo and the small town of Boca Chica.

Every day a large number of short-, mid- and long-haul flights depart from and land at this airport.

Las Americas is the official airport of the capital city, Santo Domingo, and it’s a great place to arrive to if you are planning on visiting the south coast of the country.

The highway that connects this airport with the the city of Santo Domingo was recently renovated and upgraded. Same goes for the interstate-like road that goes out to the east to reach the Bayahibe area.

Just like at any other airport, right outside you will find a large number of buses and taxis ready to take you to your actual destination.

Las Americas should be your first choice if you plan on visiting other Caribbean and South American countries and especially if you are interested in short, domestic flights. From Las Americas, for example, you can fly to Haiti as well as to basically every other Caribbean island.

Las Americas is the second busiest airport in the country (right after Punta Cana International) and one of the largest in the Caribbean.

Built and inaugurated in 1984, Punta Cana International is a privately owned air based located close to Punta Cana and Bavaro, on the eastern coast of the Dominican Republic.

The Punta Cana/Bavaro area is the most popular tourist destination in the country, which makes this airport the busiest in the Dominican Republic.

More than 500.000 tourists walk through this airport every month to reach their dream resorts on the coast.

Just like Las American International in Santo Domingo, Punta Cana International Airport offers flights to and from the United States, Canada, South America, other Caribbean countries, as well as Europe.

Punta Cana International Airport is the second busiest airport in the Caribbean after Puerto Rico’s Luis Muñoz Intl. and it is constantly growing at a 20% yearly rate.

For our Europe-based readers: JetAirFly offers amazing deals on direct flights from Brussels to Punta Cana, sometimes as cheap as US$ 149 per person (one-way).

If you decide to fly into Punta Cana, you’ll be happy to know that the taxi fare to Hotel Villa Iguana in Bayahibe takes just about 40 minutes, thanks to the recently renovated highway that connects the Punta Cana and the Bayahibe areas.

Other airports in the Dominican Republic

Extra insider tip: wherever you fly from and whatever airport you are flying into for your Dominican holiday, make sure you arrive in the country with American Dollars that you can change after your arrival. We strongly recommend not changing your Dollars into Dominican Pesos at the airport, as the exchange rate is often not favorable. The best rates are at the local currency exchange (Casa de Cambio) you will find pretty much everywhere.